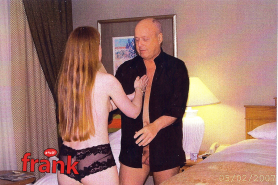 With the Senate can o’ worms cracked wide open in the Duffy-Wallin-Brazeau-Harb-Gerstein-Tkachuk-LeBreton-Stewart-Olsen affair, it was only a matter of time before Senator Colin ‘Col. Klink’ Kenny wriggled to the surface.

Now she’s upped the ante with a sexual harassment complaint, alleging sleazy comments, persistent invitations back to Colin’s condo for drinks, and repeated incursions into her personal space. In response, the honourable senator has recused himself from the Grit caucus while the Senate investigates.

Brisson’s complaint opened the door for X-rated Corpse interviews with other survivors–not only of Kenny’s senate office, but also his Supertan bronzing emporiums.

Candace Amis, a 19-year-old former stripper worked at Supertan in 2003, and claims she found herself faced with the choice of being fired or giving a command performance on Kenny’s skin flute.

“You’re going to give me a blow job and that’s it.”

“This job meant a lot to me at the time,” she explained. A subsequent trip down Elgin to register a complaint with Ottawa Police came to naught.

NAKED FROM THE WAIST DOWN
Another Supertan alumnus said she arrived at work to discover the boss had declared it way-casual Friday: “He was naked from the waist down and I got the full frontal view of him. And when I came in, he didn’t apologize.”

Kenny denies these allegations, but they have a familiar ring for countless female staffers who well remember his erratic oeuvre; one minute, gracious and charming, the next, abusive and bullying. 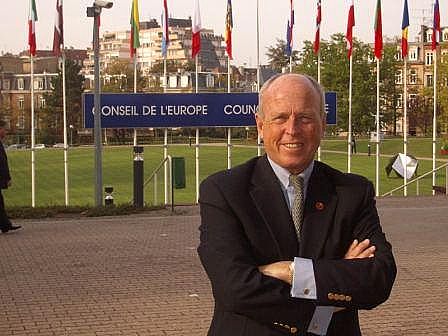 Even his longtime chief of staff, Donna Routliffe, lodged a formal complaint.

“He’s out of control…a Jekyll and Hyde character,” she told Senate lawyer Mark Audcent in 2007. “He screams and yells and swears at staff…and his extra-curricular activities are disgusting and deplorable.”

Graphic sex photos left to be discovered by staff

He also dabbled at Ashley Madison, the online dating service for adulterers. For a time, he went under the name OK BY ME, with the profile pitch: “If you have thought it, I have done it.”

Granted, there were some inconsistencies between OK BY ME’s profile and Kenny’s resume. Kenny’s doppelganger shaved 10 years off his age, claiming to be 52. The real Colin was 62 at the time. OK BY ME claimed to be 5’8”, and, well, that’s ok by Frank. There’s nothing wrong with a virtual pair of elevator shoes, if they get the job done.

Excerpts from “Colin’s” sexy talk with women on Ashley Madison: “When it comes to sex, there is no substitute for face to face and naked. Talking on the phone is a poor and distant second. And writing an e-mail is dead last. But don’t forget, I am trying to communicate with you. Someone who I have never met. Someone with a different background and different experience… about which, I know little.