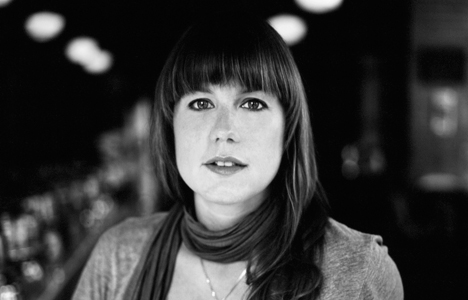 As Jian Ghomeshi and the CBC square off in their reputational shiv duel, Frank’s thoughts turn to the identity of the one player in this drama who rather makes them both look like shit, the lecher and the enabler, respectively.

Who is the former CBC producer who told the Toronto Star that Ghomeshi “approached her from behind and cupped her rear end” in the Q studio, and said that he wanted to ‘hate fuck’ her?

According to the Star, the woman went to her union rep to complain about the Sultan of Swing. The union rep took the complaint to a senior Q thingy, who asked the producer, “what she could do to make a less toxic workplace” for herself.

No further action was taken and the woman soon left the CBC.

The events occurred circa 2009-2010, about the same time The Tea Makers, the now-deceased CBC insiders’ blog, published a letter by one Jesse Brown. The Toronto-based media critic has been driving the Ghomeshi investigation for the past six months.

In his missive, Brown objected to anonymous commenters and their “random character” assassination of Q producer Kathryn Borel, whose letter of resignation from the CBC had been posted on The Tea Makers.

“Anonymity may be necessary when telling truth to power,” Brown wrote. “When criticizing your employer or your government. But why is it needed to rip on someone like Kathryn Borel?

“The only reason I can think of is that you’re ashamed of what you’re saying.

“And some of you should be.

“Disclosure: I am a friend of [Borel’s]. Therefore, please disregard everything I just wrote, if that’s what that means to you.”

A freelance author and former Leacock Award nominee, Borel has since written extensively for The Star, Globe and Mail, Salon and The Walrus.

Indeed, Ghomeshi plugged her memoir, Corked, on Q, which she finished while still working there:

The Brown-Borel connection had Ghomeshi conspiracy theorists convinced that she was indeed the “fourth” anonymous complainant mentioned by the Tsar in its revelations last weekend by Brown and gumshoe-in-residence, Kevin Donovan.

So Frank asked her…

“Jian’s Facebook post still has upwards of 100,000 likes on it,” she replied, “And the Twitter rage is still pretty insane. [I] would rather not get hate fucked at this juncture, so I’m going to sit this one out.

“Good luck with your story!”