Jaime Watt: Plight of the Navigator 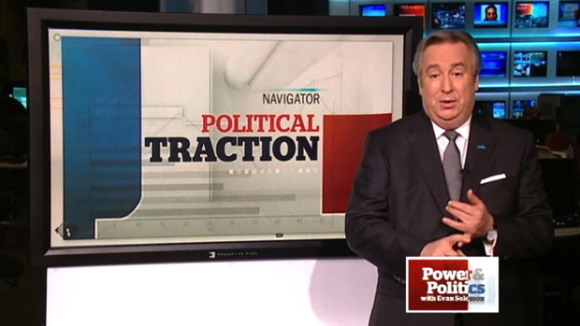 How strange that in its fulsome braunnose of Toronto communications company Navigator, the Globe and Minion made no mention of past convictions for fraud and forgery by the firm’s chief spinpoofter, Jaime Watt.

In the 15 years since Watt founded Navigator aka the Home of the Whopper, the company has done bril’ crisis management for the likes of former Ontario attorney general Michael Bryant (killed a cyclist), Byron Muldoon (pocketed bribes) and, this week, Jian Ghomeshi (er, incurable romantic).

According to Globe typist Susan Krashinsky, Navigator’s handling of the Ghomeshi file–getting him to post his credulity-straining side of the story on Facebook—was another example of the company’s “skillful PR at work, an attempt to control the message.”
Really? Seems to us that Navigator’s tin-eared gambit has only inspired more of the Persian perv’s victims to go public; his defenders are disappearing faster than you can say Big Ears Teddy and the sultan of swat himself has reportedly gone into hiding in California.

Of course, Watt himself knows a thing or two about dubious achievements.

Flashback to the 1995 provincial election, when Jaime was the genius behind Duffer Harris’ campaign promise to crack down on welfare cheats.

Harris knew that nothing pissed off Ontario voters like a scam artiste, and no one was as qualified to spot them as Jaime.

His expertise came from his own swindle of 14 Oakville merchants, residents and councilors, in which he forged bank releases and promissory notes to obtain $19,000 in private loans to save his failing clothing store in 1985.
Convicted of fraud and forgery, he served 20 rehabilitative nights in jail, with freedom during the days.

The conviction came back to haunt him again in 2002. He had to resign as a Duffer strategist amid allegations he still owed

one of his fraud victims more than $36,000.
It turned out that he’d never disclosed his criminal record.

Frank Questions: Did Jaime ever get a pardon? Did he finally make restitution?

Poetic justice dept.: Watt was also relegated to the CBC sidelines last week. When Corpse brass learned that Navigator had orchestrated Ghomeshi’s $55-million lawsuit against them, they fired Wattles from his gigs on The National’s weekly “Insiders” panel and Evan Solomon’s Power and Politics.

3 comments on “Jaime Watt: Plight of the Navigator”