This week in private members’ business… 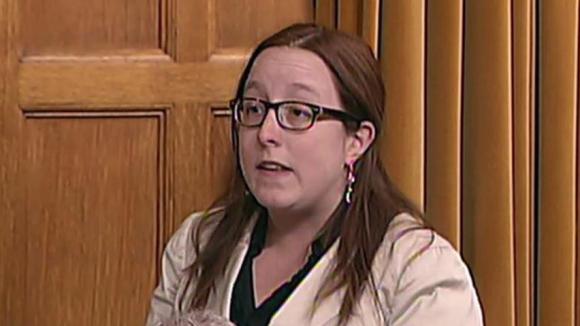 More leaks in the ever-shifting, ever-shifty narrative of the MP harassment schmozzle, which has Liberals Scott Andrews (Avalon) and Massimo Pacetti (Saint-Léonard—Saint-Michel), on indefinite double-secret probation, with no official complaint or process to either vindicate or damn them for their alleged, but still-unspecified conduct.

Frank, readers will recall, originally fingered Charmaine Borg (Terrebonne—Blainville) and Christine Moore (Abitibi—Témiscamingue-Tabarnac), as the NDP MPs who anonymously touched off the shitstorm — with 50 per cent accuracy, as it turns out.

No, the story, or the latest version of it anyway, begins last year with Alexandrine Latendresse (NDP-Louis-Saint-Laurent), and Andrews developing a close collegial relationship. She’s soon visiting his office for a couple bottles of plonk and some, er, shop talk.

The bipartisan outreach is going swimmingly until Latendresse, 31, starts having second thoughts about Andrews, 40 next month. For starters, he’s married with two kids and who needs the aggro?

She breaks off the coalition, but horndog Andrews keeps after her with the innuendo and the teasing and the being a right pain in the ass. She complains about him, just between us girls, to benchmate Moore.

Fast forward several months and Moore fatefully takes it upon herself to spill the beans about her buddy Alexandrine—who didn’t want anyone to know about her tryst with Scott–to the Liberal baublehead Justin Trudeau.

The party whips get together, with Alexandrine and Christine, and that’s when NDP white knight Craig Scott pipes up, well, I’m a law professor, this could be harassment, or even sexual assault!

At which point Moore, not wanting to be left out, says, well if that’s harassment, what about Massimo Pacetti? The Montreal MP, 20 years her senior, claims Moore, has been “hounding” her, whatever that means. UPDATE: Oh.

(Perhaps someone could ask Cpl. Glen Kirkland, the injured vet who caught Moore’s attention during his testimony before the Defence Committee in June 2013. Hospitality ensued, but Moore’s aggressive followup, including emailed photos, reportedly put the run on the good corporal.)

But je digresse. Speaker Andrew Scheer has courageously punted the entire radioactive matter to the Standing Committee on Procedure and House Affairs (PROC) for examination.

Coincidentally, the vice-chair of PROC is, er Alexandrine Latendresse.

3 comments on “This week in private members’ business…”