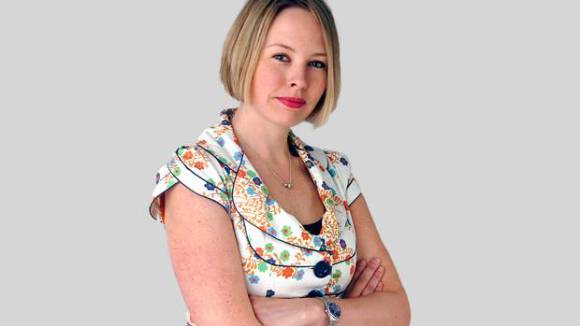 For someone who hasn’t set foot in a newsroom for 15 years, Leah McLaren has a lot to say about journalism.

Why only last week, the Globe and Minion typist was offering her deep thoughts on the latest failure of the fourth estate:

“‘Never let the truth get in the way of a good story,’ goes the old newsroom joke. It’s been on my mind this week as I watched the unravelling of Rolling Stone magazine’s University of Virginia fraternity rape story.

“The hotter the story and the higher the stakes, the more important it is for reporters and editors to play by the book and make sure the facts are solid,” McLaren said.

“In skeptically fact-checking and corroborating your fantastic story from a trusted source, you have a good chance of finding out: A) Your story is not so fantastic. B) Your source actually can’t be trusted. Many potentially award-winning cover scoops fall apart at this stage – and for good reason.”

Shurely this cannot be the same Leah McLaren whose 2010 Toronto Lite piece on Michael Bryant is still regarded as the apotheosis of media fluffing. (Bryant was the former provincial attorney general charged in 2009 with criminal negligence in the death of cyclist Darcy Allan Sheppard.)

After charges were dropped, Bryant paid a small fortune to Navigator, Jaime Watt’s spin weasel firm (Jian Ghomeshi, Byron Muldoon, etc.), to help him wriggle out of the PR disaster.

They rejected dozens of interview requests from real journos, while seeking the ideal unquestioning receptacle, that special someone who could fully express not only the righteousness of Bryant’s case, but his marvelous capacity for rehabilitation.

One thing for certain: they couldn’t trust a reporter with this sacred mission!

Apart from a couple of pro forma nods in the direction of the “other side,” McLaren’s chicken choker devoted itself to the oh-so-sage and independent decision not to charge Bryant, the presumption of innocence, and Bryant’s blow-dried version of highly suspicious events.

“Wow! What a wonderful piece of fiction. It will probably become a movie in years to come. Leah McLaren is every bit as bad as Bryant for writing such garbage. She is typical of the current crop of reporters who don’t let the truth get in the way of a good story. The only truth in this article is Michael Bryant was driving the black Saab that killed Darcy Allan Sheppard.”