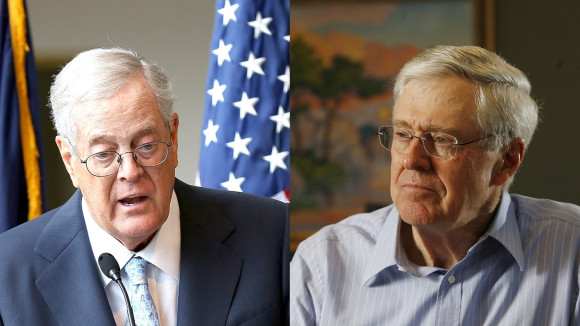 It was supposed to be an innocent Global TV profile of Charles and David Koch, conservative billionaires and financiers for radical right wing political action committees and think tanks.

Little is known of the Kochs in Canada, but we do know they have vast oil-and-gas holdings in the Alberta tar sands and beyond.

According to a Toronto Star report last summer, the Kochs have a massive land package of more than 360,000 acres in the Peace River, Alta., area, and they control at least 1.1 million acres of the oil patch, as its largest foreign investor.

“In Canada, Koch presides over an interlocking empire of interests, from the Alberta oil sands to fibre and fuel-additive producer INVISTA in Ontario and building products distributor Georgia-Pacific in Quebec. It employs, by its own account, 2,000 people, donates to charitable causes and supports the influential pro-oil Fraser Institute,” the Star wrote.

Indeed, the Frasers have trousered more than $765,000 from the Kochs over the past decade for conducting studies of “economic freedom.”

“Multiple generations of Fraser Institute staffers and donors and board members have had links to the federal Conservative Party,” says Rick Smith, executive director of the Broadbent Institute. “And you know there’s no doubt that the Fraser Institute’s aggressive denial of climate change, the Fraser Institute’s views on tax policy and on immigration – you can see resonating in Harper government policy.”

Their success at influencing politicians has earned them the nickname “Kochtopus”, and they are able to maintain their stealth business operations via the private company status of their Koch Industries Inc.

The brothers’ extravagant funding of the Republican Party has pushed the GOP hard right, into loony-tune libertarian and Tea Party territory.

As Robert Reich, former U.S. labour secretary put it: “The problem is they’re using their exorbitant wealth to impose those views on the rest of us, undermining our democracy.”

To cast a little light on the Koch’s Kanadian Konnection, Global News program “16×9” set out late last year to put together a report on the big bad brothers, which was scheduled to air on Global Jan. 31.

The episode, entitled The Koch Stake in Canada, was supposed to go into detail about how the Kochs’ interests dovetail with the policies of the Harper government on energy, pipelines, climate change and the oil sands.

According to the Global online blurb, discovered in Google web cache, the Kochs rarely give media interviews, and the company turned down a Global News request, and even refused to answer a list of detailed questions.

And then a funny thing happened on the way to the show—it disappeared! 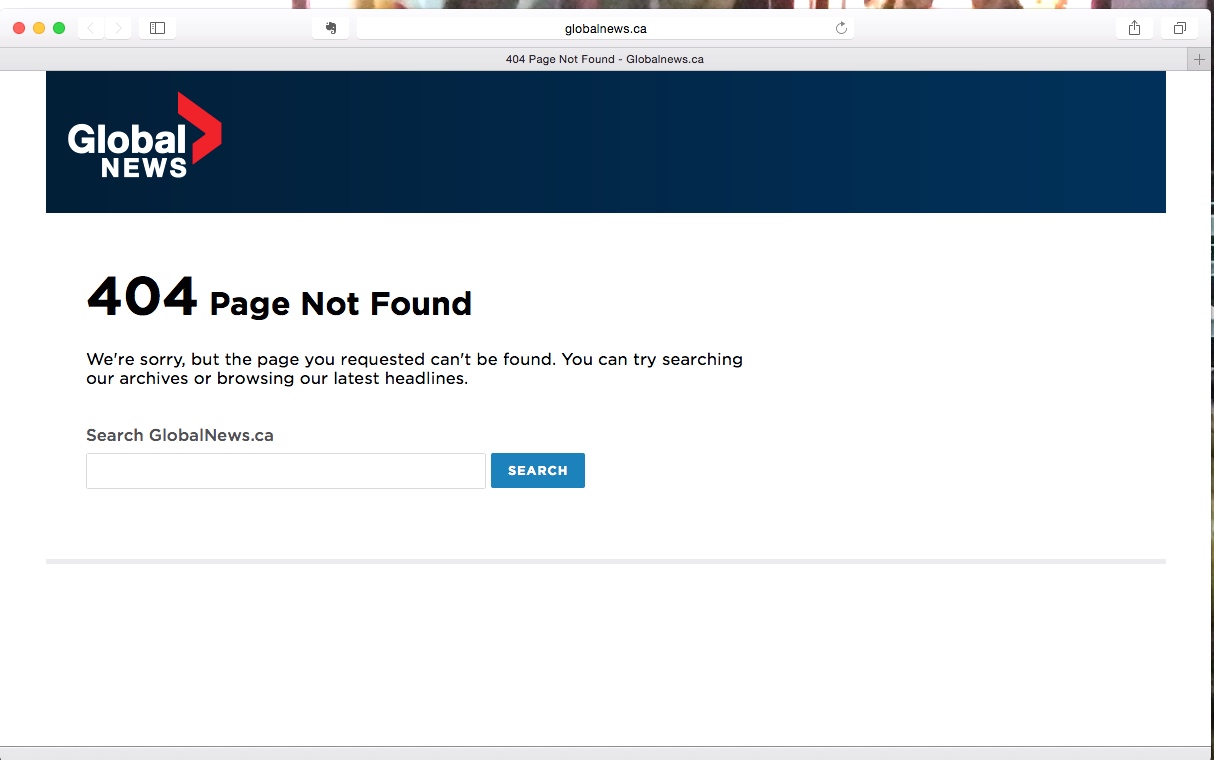 All reference to the program has been totally removed from the Global News web site.

The only evidence it ever existed is a 404 notice.

What happened? Well, nobody’s talking, least of all Global.

Frank managed to winkle out a little info: According to one insider, the Koch story isn’t dead, it’s just been returned to the shop for tweaking of some, er, editorial concerns.

Shurely, Global brass weren’t ordered to spike the story by management out of concern they might upset the Shaw boys, Jim and Brad, who own Global and who belong to the same country clubs as Koch oil patch flunkies in Calgary?

(Indeed, the tar sands propaganda division aka the Canadian Association of Petroleum Producers, is a big advertiser with the Shaw fambly’s media holdings, as is the Tory government, which also spends millions to promote oil, gas and pipeline companies).

So it just wouldn’t do for Shaw to upset their drinking buddies.

As one of Canada’s leading investigative programs 16×9 has a history of tackling challenging subjects and reporting in the public interest. Our editorial standards are high, we need to be able to back-up everything we say on-air or publish online with accurate facts, proper documentation and relevant interviews. Providing balance and being fair are basic journalistic principles.

The online and broadcast stories you are referring to were set aside for now because in our opinion the producer did not deliver a story that was up to our editorial standards and journalistic best practices.

Based on the 16×9 show schedule for the rest of the season it’s likely we won’t get to this story until next season.

I hope this answers your questions.