With Regina v. Michael Dennis Duffy on its herniated hiatus, we return to the ugly undercard hair-puller between Hill typists Mark Bourrie and Elizabeth Thompson (Frank #36).

Readers will recall that Bourrie, while a member of the holy Parliamentary Press Gallery, accepted a payment of 500 DuffybucksTM for scrubbing the Internet clean of discouragin’ words about Senator Accused.

“The Bourrie revelation,” pronounced Mistakin, “is particularly ironic given that the Parliamentary Press Gallery journalist is the author of the recently published Kill the Messengers: Stephen Harper’s Assault On Your Right To Know, a polemic which argues in part that the Ottawa press gallery has a too-cozy relationship with the politicians its members cover.”

This drove Bourrie completement apeshit, and he started threatening defamation suits. His shitlist included Akin, Canadaland supremo Jesse Brown and Cartoon J-Skool prof Chris Waddell, who was quoted in the story about the ethical niceties of press gallery inmates taking cash from the parliamentarians they’re supposed to be keeping accountable:

Some weeks later, none of these threatened suits has come to pass. Bourrie raged madly across Twitter for a time, then nuked his account and returned with a new one as if nothing had happened. Everyone went back to sleep.

The only threat of legal ruination upon which he’s acted so far is a small claims action against Thompson. The iPolitics hackette and press gallery treasurer had exchanged bitchy tweets with Bourrie about his acceptance of Duffy’s dosh, and the alacrity with which he coughed up his email correspondence with the senator to the RCMP.

Sample: “@IsotelusRex I don’t accept cheques from govt or politicians for work. I don’t turn e-mails over to the RCMP. Majority of journalists don’t.”

Bourrie, stung by the implications that he “betrayed a friend by co-operating with the criminal investigation….is an unethical journalist…is not an honest person, etc., etc.,” is suing for $25,000, the maximum claimable in kindergarten court.

And since he’s generously representing himself pro bono, it seems a cost-effective way to prosecute his ongoing blood feud with Thompson, the origins of which surpass common understanding.

Thompson, however, has lawyered up in rather ostentatious fashion, retaining celeb media and defamation legalist Rick “Rick” Dearden of Gowlings et al.

Dearden answered Bourrie’s humble seven-page complaint May 1 with a 150-page binder, consisting of a 22-page statement of defence, plus 15 tabs of printed out tweets and Facebook posts by the combatants and others, media coverage of Bourrie’s appearance at the Duffy trial, the last satirical press report on this legal action, and even a CD with an audio recording of Bourrie’s buddy and sometime editor, Tom Korski, purportedly threatening to decapitate Thompson. (See Also: Once Upon A Hot Room)

The registry-clogging compendium is made necessary in part, say pleadings, because of selective reporting by Bourrie, who “omitted to set out in his Claim his personal attacks on the Defendant during his exchange of tweets with the Defendant. For instance, the Plaintiff called the Defendant “toxic,” a “fool,” “immoral’ and accused the Defendant of engaging in “unethical journalism and having done “many sleazy things.”

Truth and fair comment are Liz’s first lines of defence: 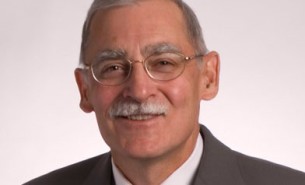 And then there’s Bourrie’s particular history:

“This libel action is a SLAPP suit (Strategic Lawsuit Against Public Participation) by the Plaintiff intended to silence and intimidate the Defendant…The Plaintiff is known for threatening and commencing legal action against persons who criticize his actions.”

Quoted as supporting evidence, a chest-puffing post of Bourrie’s on his blog, Ottawa Watch:

“As for me, I expect to meet my critics in court. I have been getting lots of emails and tweets from Brown’s friends with all kinds of legal theory. Too bad none of them study law or have actually consulted counsel on their theories. In defamation in Ontario, the plaintiff is the master of the case. There is no requirement for him to either prove fact or disprove accusations made against him.”

Also reproduced, some of the Plaintiff’s dick-stretching adventures on Twitter:

Neil Edmonston @NeilJEdmonston
Mark Bourrie once threatened me with legal action when I questioned the (flimsy) premise of his book on Harper, it’s a pattern for him.

Mark Bourrie @IsotelusRex
@joeclark have you read endless case law? Have you studied media law in university? Any legal training? Otherwise your opinion is based on air

Thompson is seeking dismissal with costs on a substantial indemnity basis, proposing to stick Bourrie with Gowlings’ billings, which are already no doubt considerable. Stay tuned…