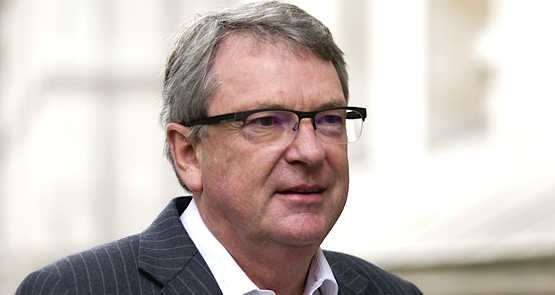 According to impeccable sources Down Under, Crosby is just the sort of strategist the Tories need—a bare knuckle, no-nonsense organization man, the guy you turn to when it comes time to rearrange the deck chairs on the Hindenburg.

But the question everyone’s asking is: What did it cost the Tories to land the Lizard of Oz?

Boris Johnson paid him a reported £100,000 to get Boris elected Mayor of London in 2008– a miraculous achievement, given the left-leaning inclinations of the city.

Crosby and Johnson were an awkward combo, but Johnson is quick to sing “the Crosbinator’s” praises and has been quoted saying (in Australian accent): “Jeez mate. They can stick their head up a dead bear’s bum. Don’t come the raw prawn with me.”

Whatever that means, Johnson’s election inspired the Tories to interview Crosby for a job in 2012. About his possible hire, Peter Oborne of The Telegraph commented:

“[Crosby] is the genius behind the most successful Right-wing politician of the last quarter-century, Australia’s John Howard, who was elected four times between 1996 and 2004. Working for him, Crosby developed what opponents labelled “dog whistle” politics – campaigning techniques which sent out a covert message. John Howard’s enemies claimed that this was sometimes implicitly racist.

“Michael Howard’s Conservative campaign of 2005 asked the question: “’Are you thinking what we’re thinking?’”

“Party literature, poster and TV campaigns contained such slogans as: ‘It’s not racist to impose limits on immigration’, or ‘How would you feel if a bloke on early release attacked your daughter?’ Critics once again said that some of this was implicitly racist.

“[Cameron] will be making a powerful public statement if he hires Crosby. He will be making what effectively amounts to a public recantation…[signalling] a new grip at the centre and – just as important – a new ideological rigidity.”

The Tories hired Crosby, who went on to make the party more nasty, more frightened, desperate, self interested and, er, more electable.

Prime Minister David Cameron got a majority government last May and for his services, Crosby reportedly trousered a million dollars(AUS).

He was also responsible for masterminding the aforementioned 2005 Tory campaign in the UK, widely seen as the nastiest and most utterly unsuccessful campaign in years. (The Tories lost, but Crosby made £468,000 for only a few months work.)

After they lost to Tony Blair, Crosby said (and President Steve take note):

“You can’t fatten the pig on market day” – meaning that Crosby is stuck with what’s already there, you can’t polish a turd, etc.