So Farewell Then, John Cruickshank! 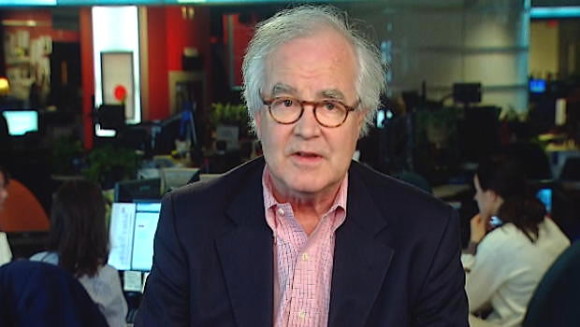 The advantage of being a publisher is that you get to write your own execution notice.

So it was Wednesday for John Cruickshank, the departing supremo at the Toronto Star in his cheery self-penned obituary.

But performance was the issue. The numbers don’t lie and they’re appalling.

Six years in the fifth-floor corner office at 1 Yonge Street have seen the paper’s paid circulation dwindle to 237K Monday to Friday from 390K.  Worse, the Saturday Star cash cow is down to 340,000 from 566,000.

Ad revenue has been dropping at 20 per cent a year, hundreds have been laid off or packaged out, and the bottom hasn’t yet been hit.

As to the brave new future, the Star’s six-month-old $20-million tablet gamble flounders (64,000 users a week).

Through it all “Crookie” has smiled and nodded his way through meetings, ever-amiable, seemingly thoughtful, and profoundly ineffective.

True to form, he exited with kind words for all and, especially, sucking upwards: “It has been a privilege to serve with such a remarkable team of journalists and all those who support them, including Torstar’s senior management and our progressive, engaged and enthusiastic board of directors.”

Pushed or jumped? If the former, he’s in line for a $1.4 million payout. If not, then only a measly pension. Our bet is that it’s somewhere in the middle. But only the Bow-Tie knows.

Who succeeds him? For now, it will be Torstar CEO David Holland, the mild-mannered accountant from the sixth floor. He was typically non-committal this week about succession, but said there is no search afoot, and that he wanted to ‘immerse himself’ in the Star.

Which brings us to Number Three. Whither Madam Cruickshank? Jennifer Hunter gets roughly $100,000 per annum for a weekly softball session with an author.

With all apologies to the Drivel section, here is the totality of la Bella Hunter’s contribution (fill in Wab’s answers yourself):

Jennifer: It’s horrifying to think about the racism native people face. Not only were there residential schools, but the many suicides, being barred from certain places and, for women, the numbers of disappeared — it is tragic. But you don’t seem angry.

Jennifer: When you were young you had a terrible time with your father. He was angry and violent. How did you deal with it, particularly later when he became ill? Tell me about your journey.

Jennifer: Sorry, here’s a white woman question. Many of the ceremonies you participate in involve piercing your upper torso with a surgical scalpel, then putting an ebony peg in the cut. I couldn’t wrap my mind around it.

Jennifer: Your book is autobiographical and it is also an effort to reach out to non-native people, to explain your traditions.

Jennifer: You’ve decided to enter provincial politics (as an NDP candidate in Manitoba’s upcoming election). Why?

Alert readers will note there is no reference–nada–to the controversy over Wab’s misogynistic and homophobic rap lyrics that had been making headlines across the province.

If you’re looking for cost savings, Dave, here’s some low-hanging fruit for your immersion.