Another Graveside Attraction at the CBC 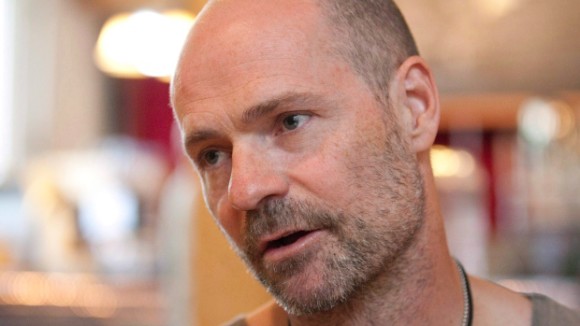 Red faces all ‘round at CBC News as it slowly sinks in that the sharp marketers behind the Tragically Hip played them fully, completely.

As reported by the Corpse earlier this week, Gord Downie, the band’s lead singer, has terminal brain cancer. Downie was diagnosed in December and underwent surgery, chemotherapy and radiation.

Frank was as saddened as the next Hip fan (a fat drunk in a ball cap, as it happened) by the heartbreaking news. By all accounts, Downie’s a sweetheart, an uncommonly good shit in a shit business.

Alas, the same can’t be said of the Hip’s management. Sure, they were also grief stricken by Downie’s diagnosis, but, hey, the show must go on. When life hands you incurable lemons, etc, etc.

So sitting around the boardroom last winter, they came up with a marketing strategy to cash in on Gord’s brain tumour.

Playing it like any other product launch, they offered CBC News the “exclusive” rights to break the news of Downie’s condition, and CBC News eagerly went along for the ride.

After weeks of planning, Hip management choreographed the story to break on their social media pages at 6am, May 24, as it aired simultaneously on CBC Radio News.

Downie was the lead story on the national newscasts at 7am and 8 am, ahead of Justin Trudeau’s Japan trip.

By 10am CBC was at full gallop, with four (count ‘em!) different Hip stories “above the fold” of the CBC Toronto website. The Corpse even assigned a News Network producer for the entire day to coordinate the Hip desk.

Tickets for the last-grasp farewell tour, efficiently enough, went on sale the next day.

Meanwhile, the usual social media bathwater backwash helped drive the hype, according to the CBC’s bril’ Twitter formula: Broadcast the story, everyone gets upset, then follow with a story about how the Twitterverse reacts to the upsetting story we just told ’em.

It worked. Within two days, the Downie cancer story had nearly 38,000 shares on the Corpse website.

Thanks in no small part to the CBC push, over 1.7 thousand commenters flocked to the Hip’s Facebook page, the tour is fast selling out and pre-orders are pouring in for the new album, Man Machine Poem, to be released next month.

Too bad the group’s exploitive marketing hacks (and presumably some of the band members) didn’t take their cues from David Bowie.

The English singer died Jan. 10, two days after his 69th birthday and the release of his album Blackstar, from liver cancer.

He had been diagnosed 18 months earlier but kept the news private. Even the musicians who played on Blackstar were unaware of his illness.

There was no tour, no publicity campaign, no Twitter promotion – and no CBC.

15 comments on “Another Graveside Attraction at the CBC”