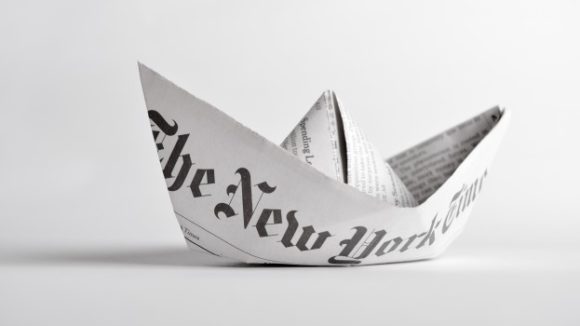 Long ago, in a more innocent and profitable age, William Thorsell would inspire his Globe and Mail serfs by declaring that September was the beginning of “reading season.”

The world, quoth Bill, was paying attention and the time had come for journalistic brilliance (and a metric fuck-tonne of ad sales).

That was then. Now it’s time to hunker down after another summer of disaster in the bowl-circling remnants of Canadian journalism:
The Toronto Star laid off 60 employees last month, and the nation’s once-largest newsroom — 400 just eight years ago — is down to 200, as its StarTouch tablet app flails in unprofitability.

At the National Post and its satellites, now including the Sun papers, survivors are just grateful for another paycheque, waiting out the next round of gassings.
CTV’s Canada AM is dead, replaced by a (cheaper) less ambitious production.

Buzzfeed has collapsed its Canadian operation, and is lucky to pick up more than three dozen comments/flames/bots per post.

A quick and dirty audit of ad content in the Star, Globe and Post provides a late-August snapshot of how far the dead-tree printed product has fallen – and how few were there to hear it.

On Tuesday, Aug. 23, the Post printed 30 pages and had a total of six pages of ads, psychics prominent among them. The Star had 40 pages, with nine pages of advertising. The Globe, presumed survivor in this race to the glue factory, had four-and-half pages of paid advertising in its 36-page edition. Generously, one could assess the respective revenues at $120,000, $160,000 and $140,000.

We’re ignoring rent, digital ad revenue, the moofin bill and other expenses, but here’s the problem: the print product still spins most of the money. Nothing has come close.

‘The legacy product’ ‎as it’s known, provides the foundation for the transition to the new era. And we’ve had so many new eras.

Tablets are toast. (Still tethered to your iPad?) The online sites draw eyeballs, but not many dimes. Pay walls have risen and fallen. Video is the new hotness, just like it was a decade ago. Buzzfeed and Vice Media, both darlings in their day, have been retrenching.

So here’s a guess at the future: The world will divide in two.

There will be surviving national/international brands. In English that would be the New York Times and The Guardian. (Maybe, just maybe, the Globe).

The Guardian blew its brains out with a US expansion, lost $130 million on revenues of $430 million last year and has announced it will cut 20 per cent of its costs (read: jobs) by 2018/19. The Times has way more revenue, but its print ads fell 14 per cent and digital almost seven per cent in the last quarter and more declines are predicted. Oh, and its much-vaunted Canadian expansion? Maybe just a trip or four from New York by a feature writer.

The Globe’s advantage, of course, is that David Thomson owns the moribund daily and it’s not yet losing enough money to worry the owner of a $10-billion company.

And then there will be a larger group of local providers. Hyper-local is the term of art. No pretensions to Ottawa coverage or Donald Trump, just the facts on the ground right next door. So you get them wrapped in grocery flyers, or as free weeklies at the coffee shop, but they still draw ad bucks from the neighbourhood rub-and-tug and snooze through planning committee so you don’t have to.

For the mushy middle; the Ottawa Citizen, Vancouver’s torpid twins, Calgary Herald/Sun, etc., life is about to get even harder.

Why? The car business.

It has been the remaining mainstay of Canadian papers for the past decade.

For generations auto dealers have used newspapers to peddle their wares. The business is built on getting people to come in for the salesroom experience (“I have to go and ask my manager . . .”)

Print was the medium and they stuck with it.

But those guys are dying off and their successors are wondering why they should drop $20K a week when the web is free and car buyers expect to find what they need there.

Ironic example: The Star has stopped using staff or freelancers in its money-spinning Wheels section. Instead, they’re using stories written for AutoGuide, a web outfit that is part of Torstar’s Verticalscope, a recently acquired operator of hundreds of niche sites.

Without that last, stable, source of revenue, the squeeze on the 15 mid-market dailies in Canada puts them in even deeper peril.

National Lampoon (dec’d) often ended a story with: “Suddenly, they were all run over by a truck.”