“Don’t make a fuckin’ maniac out of me!” 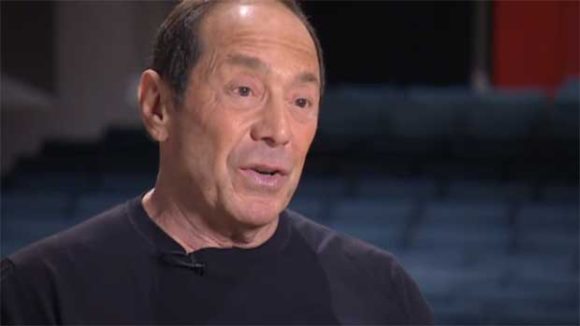 News that Paul Anka may perform* at Donald Trump’s inauguration Jan. 20 comes as no surprise to longtime fans of Canada’s most famous Las Vegian and the composer of “She’s Having My Baby.”

Anka and Trump have much in common, short-fingered ego maniacs with a taste for golden, er, accoutrements, public vulgarity and fake news.

In the matter of the latter, take Anka’s 2008 autobiography My Way, please.

In it, Anka describes his adventures with Michael Jackson, with whom he collaborated on Jackson’s posthumous hit single, “Love Never Felt So Good.”

“I remember thinking that he had an absolutely ruthless streak…I knew [this] kid was headed for trouble,” he wrote in My Way.

Anka claimed he could tell Jackson had “a fondness for kids; he was very childlike himself.”

“I saw him [in] Vegas, when he stayed at a villa next door to mine at the Mirage hotel.

“And I’m afraid I was a witness to the parade of kids going in and out. Scary.”

Yet, Anka let his own daughters hang out with Jackson. “I’d often see him playing with my daughters in the Jacuzzi,” he wrote.

Then there’s Anka’s infamous backstage Vegas rant of the mid-eighties, in which, in true Trumpian fashion, he ripped new ones for the hapless members of his band.

“That’s just the fuckin’ way it is!

“We’re not going to be as strong as our weakest link! The guys get shirts. Y’understand that?!
“That’s just the fuckin.’ Way. It. Is!

“And when I fucking move, I slice like a fucking hammer.

“I will not put up with this shit. That’s just the fuckin.’ Way. It is!

“I’m warning you, I’m the only important one on that stage. D’ya understand that?