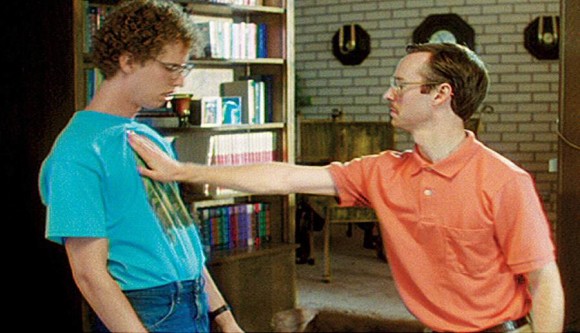 What a delight to see Jon Kay sticking his pen into Jesse Brown.

Just last week, The Walrus‘ editor Twitter-pissed all over Brown’s latest piffle–a Slate essay in which Brown bashed Justin Trudeau for failing even as a bargain-basement Obama.

“Who wrote that nonsense for Slate,” Kay sneered. “Surely someone who’s never been to Canada, I assume.”

To be sure, as literary feuds go, the hostilities between these two wallies is pretty weak shit. Neither is in the class of John Ralston Saul v. Tubby Black, who have fired ego pistols at one another for years.

Purina scored the first hit in a Spectator op-ed in 1988: “One searches for the spirit of self-sacrifice in Mr. Black’s career and finds only self-help.”

Black shot back: “Those who would retain [Saul’s] services should confine him to subjects better suited … to his sniggering, puerile, defamatory and cruelly limited talents.”

It took Saul 20 years to retort that Black was no “capitalist” because he never created wealth, only dismantled it.

“He has only created one thing — one newspaper (The National Post)–and even that he couldn’t hold on to for more than three years. Apart from that, his career has been largely about stripping corporations. Destroying them.”

Further down the Flesch-Kincaid scale, the feud between Peggy Wente of the Globe and the Star’s Heather Mallick simmered quietly for years, until Wente couldn’t contain herself:

“It’s fun to bash Sarah Palin,” she wrote. “I should know. I’ve been doing it for weeks. But nobody has bashed her quite as viciously as a semi-obscure columnist named Heather Mallick.

“She is a sour, narrow-minded writer – the kind of who makes Michael Moore look like a world-class wit. Her reflexive anti-Americanism is heavy-handed and stale, to say nothing of casually racist. There are many, many ways of dissing Sarah Palin. But Ms. Mallick’s naughty, coarse puerility is not among them.”

The Mallick v. Wente hair-puller had its, er, roots three years earlier in the satirical press (Heather Mallick’s Bonfire of the Vanities, Frank, October 2005), wherein she confessed her animus to my organ:

“[Peggy Wente] is a horrible woman who used to edit a [Globe] section but she was so hated that section went on strike. So they gave her a column to avoid severance pay, and she now has the function of giving older women a bad reputation. Every paper has one or two or seven.”

As for Kay v Brown, their dispute barely qualifies as a “literary feud,” since neither has the chops to prosecute it. Brown in particular is no wordsmith: His oeuvre is the spoken word, the empty-vesseled podcast. On the page his musings are sophomoric at best.

But that hasn’t stopped him from trashing Kay and his rag for the past couple of years, starting with a “Why is The Walrus so Boring” feature, followed by a steady drumbeat of allegations, to wit: “More Trouble at The Walrus,” “Freelancer Accuses The Walrus of Stealing Her Pitch,” “The Walrus Inflated Its Circulation” and “The Cushy Connections Between The Walrus and the Liberal Party,” those two last by alt.right shineboy Graeme Gordon.

Kay responded in a Walrus review of Kevin Donovan’s Secret Life: The Jian Ghomeshi Investigation, rebuking Brown for being “eager to create a name for himself and his [web site.] Brown blurs the line between journalism and activism. Donovan was exasperated by Brown’s mouthy behaviour within the Star newsroom. Notably, he fails to mention Brown in the books acknowledgments.”

Now comes word that Kay has a Brown beatdown slated for an upcoming Walrus by freelance typist Mark Mann, who trekked to Ottawa last month to quiz press gallery hacks about Brown’s rep as a political savant. (Responses ranged from “who?” to “hahahaha!”)

Unreliable sources also claim Mann has interviewed certain female staffers who have fled Canadaland in the past 18 months (despite Brown’s carefully cultivated reputation as a White Knight Defender of Wimmin™).

That list includes Katie Jensen, producer of Canadaland’s ahts podcast The Imposter. Jenson was barely out the Brown Sound door when she was followed by writer/host Vicky Mochama, host Supriya Ddwivedi, and then Jane Lytvynenko, Canadaland editor, off to Buzzfeed.

It was Brown, of course, who claimed in a Canadaland expose that numerous departures of female staff from the Globe and Minion was clear evidence of dreary daily’s sexist management: “The Globe has a problem with women,” he thundered. “The problem is, women keep quitting…many of the women who have quit have born the brunt of the paper’s top-down style.”

That prompted howls of derisive laughter from Globe hacks of all genders, who noted the paper was an equal opportunity cesspool, where men got shafted as often as women.

Hopefully, Mann will also treat Walrus readers to examples of Brown’s economy with the actualité.

While in development with a CBC Radio show The Contrarians some years ago, Brown faked a scene for the pilot.

When producers got wind of it, they went apeshit and killed the episode. Brown later claimed he was trying to be “humorous.”