Through a Teleprompter Darkly: Petering Out at the Corpse 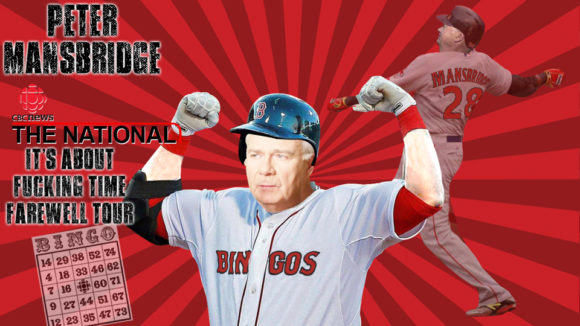 So farewell, then, Peter Mansbingo. The Windex-eyed patriarch of The National fades to beige after one final Canada Day selfie, trading in his million-dollar paycheque for a $500K pension from a grateful nation.

Peterkin’s final $100K pay bump to Million-Dollar Mansbridge arose from the CBC paid speaking gig fiasco. Readers will recall that shit storm, as it was revealed how prominent CBC meat puppets, among them Mansbingo, Amanda Lang and Rex Murphy, had been showered with dosh by the likes of Manulife and the Canadian Association of Petroleum Producers.

Enter Jesse Brown and various Guardians of Journalistic Integrity™ to mount a Twitter campaign demanding that all CBC employees must henceforth eschew (bless you!!—ed.) paid appearances, lest they give rise to the perception of conflict of interest (wat dat!?—ed.) 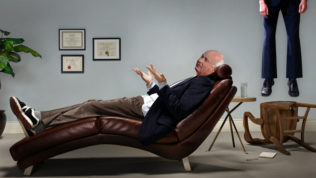 Mansbridge reacted poorly; “incandescent with rage,” was how one CBC colleague described it. And who can blame him? After all those years of raking in tens of thousands of dollars for sharing his deep thoughts at the Muskoka Moose Lodge, Mansbridge had been kicked where it hurt most, below the money belt.

He protested that he was being unfairly deprived of his rightful emoluments. He’d been making outside appearances for years and he had a reasonable expectation they’d continue. Further, CBC management was not only fully aware of his moonlighting, they’d approved it!

So Mansbridge demanded the Corpse make him whole, or else he’d unleash his legal weasels.

Still slathering on the burn cream from the Jian Ghomeshi and Lang PR disasters, Corpse brass capitulated, awarding their glabrous mascot an extra $100K to alleviate his hardship.

After all, at The National, it’s always been all about Petey, and anyone foolish enough to challenge el queso grande soon gets Gulaged. Remember Pam Wallin? Jason Moscovitz? Of course you don’t. 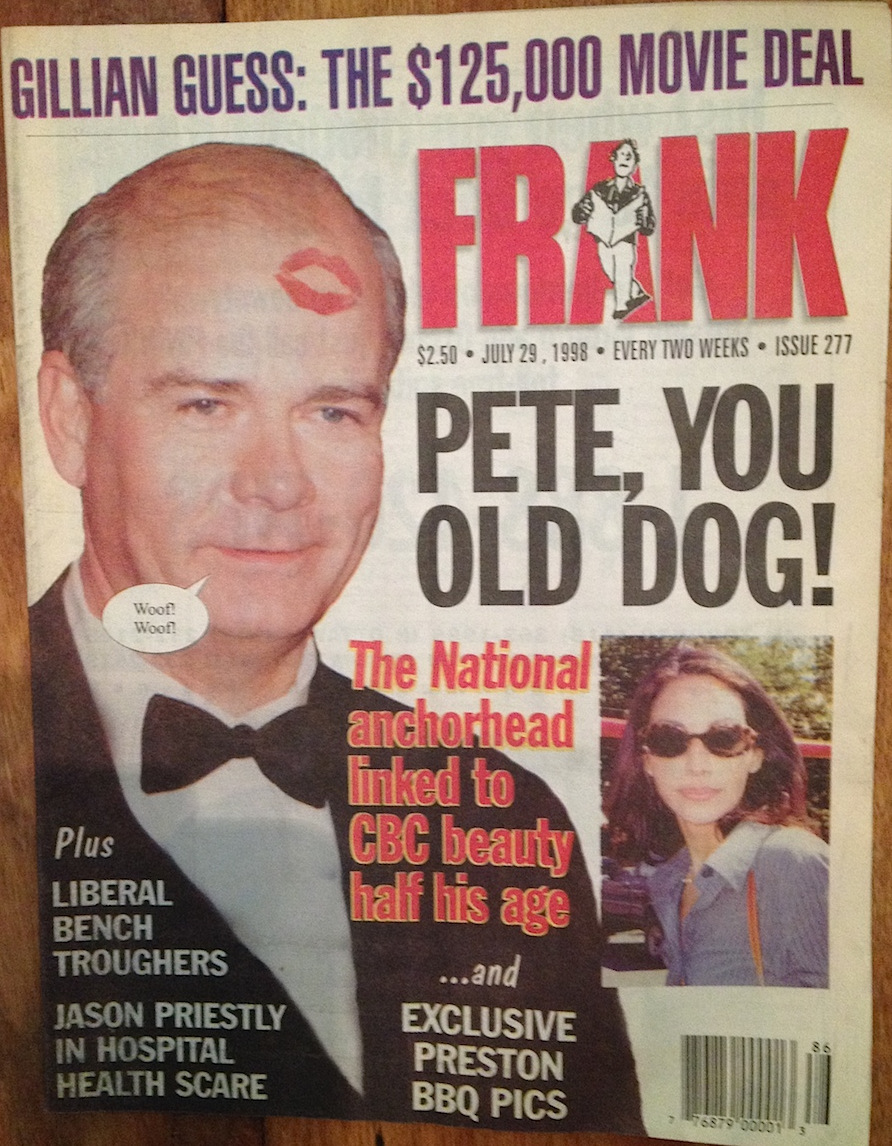 Nothing happened on The National without Mansbridge’s say-so. From the lavish and fawning coverage of the Franklin expedition search (as he sat on the Arctic Research Foundation advisory board) to the panels he handpicked (invariably including cronies like Allan Gregg and Bruce Anderson). Ditto any big series on the flagship news show. He influenced who would be hired as he approved all reporters and any regularly appearing guests on the show.

Petey’s entitlements include a chauffeur-driven limo that picks him up every Monday morning at his home in Stratford, and deposits him at CBC HQ in Toronto. He bunks at his downtown shag pad during the week, then he’s driven the three-hour trip back to Stratford – and National Treasure™ Cynthia Dale – on Fridays.

Another perk was the stimulating environment of the Corpse itself, bursting with younger talent for which Mansbingo, like Ghomeshi, has always had a sharp eye. 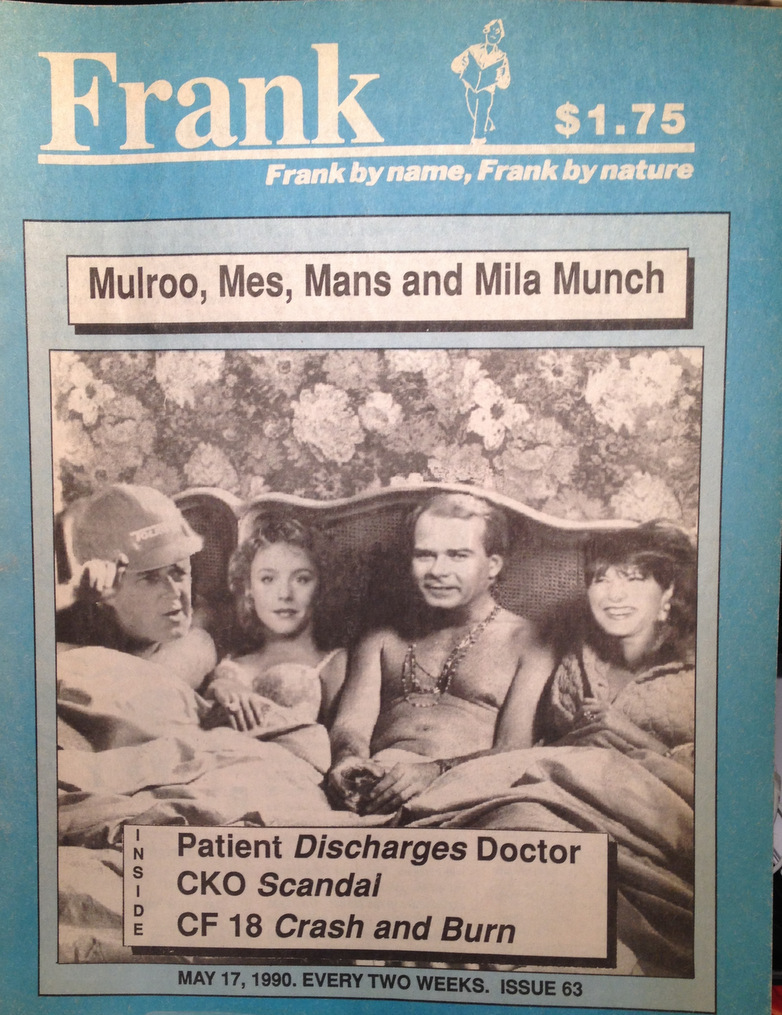 In the early nineties, second wife Wendy Mesley, nine years younger than Peter, got traded in for Cynthia, 13 years his junior.

Cynthia, upon reading of Petey’s Left Coast legovers in the satirical press, presented him with a play-me-or-trade-me ultimatum, or so the story went. Eight months after their nuptials, Cynthia bore Peter an heir, William Stanley Mansbridge, seven pounds of junior bingo-caller. Mathematically-inclined observers began rethinking their theories on just what had expedited Petey’s forced march down the aisle.

Another of Peter’s protégés proved a total pain in the ass. Krista Erickson (Franks passim, ad shaggiam) was the rookie host of CBC Winnipeg’s six o’clock news show when Mansbridge came calling in 2005. 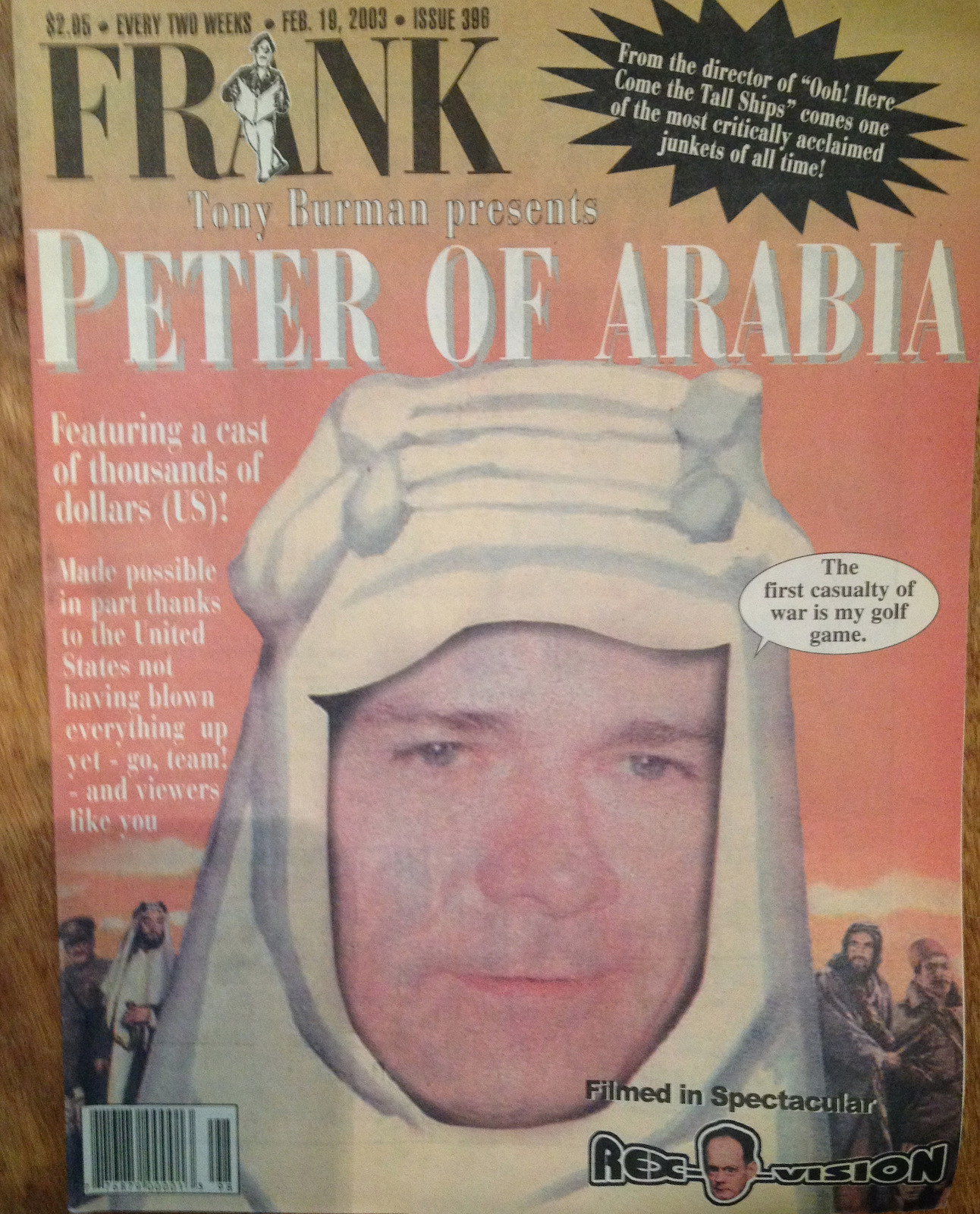 Krista predictably pissed off the press gallery and got suspended by the Corpse for allegedly writing questions for Liberal MP Pablo Rodriguez to nail Byron Muldoon in committee. Standard operating procedure in inbred Ottawa, but the Tories launched a complaint with the public broadcaster.

As for any other unresolved Mansbridge messes still rattling around at 250 Front Street, CBC HR can, we presume, be trusted to maintain a decorous silence, or failing that, discreetly forward the relevant files to my organ at the usual numbers.

Thanks for watching? Frank could have done no less!

9 comments on “Through a Teleprompter Darkly: Petering Out at the Corpse”