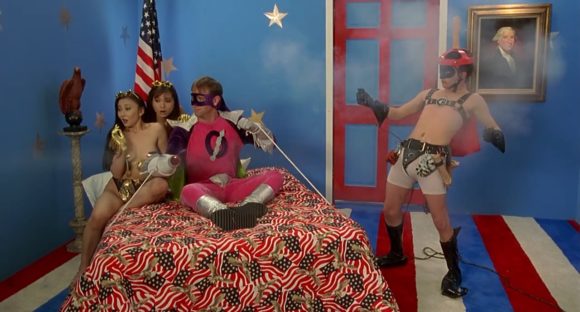 How vexing, even as the membership of Alberta’s newly-conjoined United Clown Posse celebrate their making of the beast with two backbenches, to hear unworthy and divisive behind-the-hand sniggering at dork horse party leadership contender Derek Fildebrandt.

Since ceding his pew at the Canadian Taxpayers Federation, from whence he scourged the entitled troughers of Redford Toryism and successfully agitated for a provincial sunshine list, it seems the MLA for Strathmore-Brooks has himself taken to the public teat with alarming alacrity. 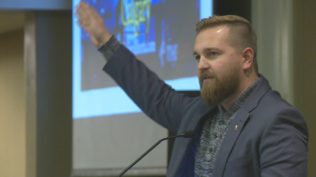 Those Edmonton digs provide Derek with a handy crash pad in the capital when the legislature is sitting. Still seized with the animating spirit of fiscal conservatism and with a new child at home, the frugal D-man wrings extra value out of them taxpayer dollars during the off-season by renting out his pied-à-terre on Airbnb.

There are no morals, only markets, and Derek, wisely concluding there was no need to involve the constabulary at his second residence, promptly and courteously evicted the hard-working cast and crew.

Or so the story goes. This tawdry tale of taxpayer support for the performing arts, no matter how indirect, leaves some Frank sources skeptical. But all are united in confidence that any subsequent cleaning bills were shurely absorbed by Fildy himself and not the long-suffering taxpayers of Alberta.

The scenario does, however, add a certain poignancy to the member’s recent articulation of Fildebrandt Federalism™:

“One thing I do want us to do,” he told the National Post last month ahead of last weekend’s PC-Wild Rose merger, “is show some gonads and stand up for Alberta’s rights under the Constitution…”

5 comments on “Derek Does Edmonton”