Born Under A Torstar 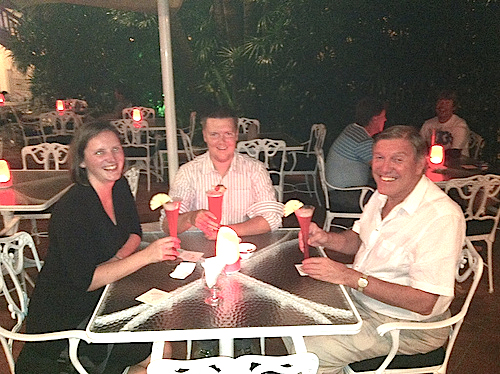 When the Toronto Tsar finally deep-sixed its tablet project last month, 29 hacks found themselves sniveling on the sidewalk in front of One Yonge.

There was one survivor, however, who not only escaped the carnage, but also found himself a new gig with yet another Star digital endeavour.

I speak of Robin Honderich, Star Touch project manager, who once proclaimed: “What Star Touch provides is a richer, more in-depth way to tell stories. It’s a complete experience that gives the reader choice in how they take in a story.”

So it seems that not all captains go down with their ships, and certainly not when their surname is Honderich and pater is John “Bow-tie Boy” Honderich, TorStar supremo.

Robin got the Star Touch job a couple of years ago, strictly on merit, bien sûr. He was the replacement for Jon Filson, punted from Star Touch following the tawdry soap opera that featured suicide and high-level leg-overs (Franks passim).

Robin’s qualifications? A philosophy degree at Moo U. in Guelph, five years packaging sports highlights at TSN and a masters degree in media management in Perth, Australia. Prior to assuming his lofty post with the Star, he spent 18 months with an Aussie pro athlete agency.
Robin’s ascendency comes as no surprise. There is a formal arrangement under which offspring of the five families who control Torstar get lay-off proof jobs.

Nor is he alone. Emily Mathieu, Star reporter and granddaughter of Ruth Atkinson Hindmarsh, is another beneficiary of the Family Compact.

3 comments on “Born Under A Torstar”