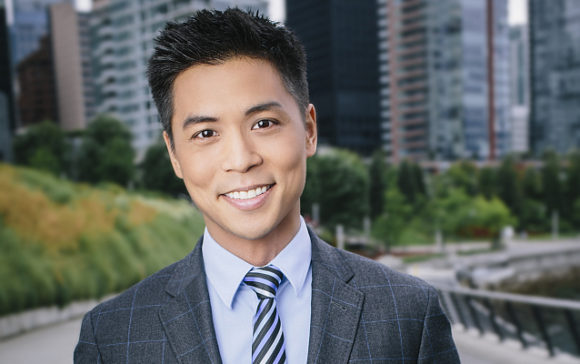 With an ego the size of Mount Robson, CBC newsthingy Andrew Chang will fit right in as co-host of The National.

After all, the pint-sized preener follows in the Guccis of Peter Mansbingo, outgoing Corpse hog caller and Giant of Journalism™, whose disdain for subalterns was legendary. For years, CBC promoted Mansbingo as its “Chief Correspondent,” despite the fact he never once broke a story. Likewise, Chang’s exalted role with Corpse news owes little to his talents as a reporter, but rather his skills as a rip ‘n reader and his sky high Q-Ratings.

In Vancouver, where Chang will read the prompter for the nightly news, he’s rated an ambitious prat. When he arrived from CBC Montreal three years ago, Chang promptly sent an admonitory email instructing colleagues—with vastly more experience–on the correct, Changian method for shooting live spots.

Colleagues who have had the misfortune to engage the short-arsed egomaniac soon discover his favourite topic is, er, himself; never the news stories, and never anyone else’s opinion.