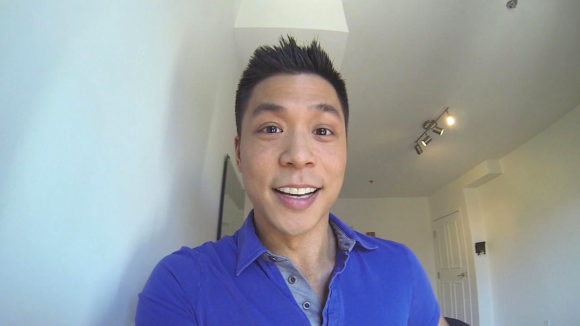 It was trebles all ‘round for Ian Hanomansing last month, after the veteran CBC bingo caller got tapped to co-host The National.

Alas, backslaps and high-fives came there none for Andrew Chang, who joins Hanomansing, Adrienne Arsenault and Rosemary Barton as the CBC’s new Thing With Four Heads.

In fact, Chang’s appointment went over like a cement flamingo in the CBC Vancouver newsroom, where the short-arsed egomaniac is held in low regard.

It all goes back to 2014. Chang had barely settled into his new gig as chief hog caller for local Vancouver news, when he started giving more senior colleagues lectures in Jernalism 101.

Given that TV news hacks have eggshell egos, Chang’s tin-eared missive was particularly ill-received, especially from a guy who’d spent nearly his entire 10 years at the Corpse as a rip ‘n reader.

The likes of Renée Filoppone, with a decade in the reporting trenches, was among those who took exception to the new boy shooting his mouth off, dictating to more experienced hands the Changian method for shooting live spots.

“Since I’ve arrived,” Chang pronounced, “I’ve seen many of you try to push your limits, experimenting with new ideas and really trying to add some dynamism to your on-cams. I’ve been loving it. It can really set you apart as a reporter (which is great for your career), and particularly when I think about our 6 o’clock newscast, it plays a role in setting the newscast itself apart from others.

“That being said, it’s easy to fall back into a routine — doing lives where you’re just standing in front of a camera, talking, for example — and I think we need to continually push ourselves to put on good TV.

“There was a rule in the Montreal shop — you don’t package a story without an on-cam, unless it’s an obituary. Full stop.

“So here’s what I’d challenge you to think about, next time you’re on-location: why are you there? (I know, I know, sometimes you ask yourself that question a million times and still can’t answer it.)”

(Blathers on in this vein for several hundred words. Read here, if you must. Chang memo) 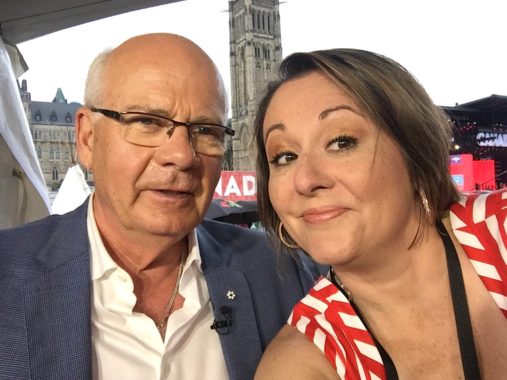 Meanwhile, the four-host experiment on The National has yet to get off the launch pad and already there are rumours of dissatisfaction over remuneration.

Hanomansing, who’s been with the Corpse for 31 years, rates the top salary, an estimated $275,000. That includes clothing allowances, “ad rems” aka performance and excellence bonuses, etc. Arsenault has been with the Corpse 26 years, but as a senior reporter, so she’s around the $200K level. (The real money at CBC has always been in hosting on the main channel).

If there was any justice, Barton would be making significantly more than Chang. But with his sky high Q-Rating and the devotion of Corpse news supremo Jennifer McGuire, insiders tell Frank that he’s negotiated a $175,000-a-year deal, $10,000 more than Barton (despite the fact Rosie has 10 years more experience than Chang as a reporter, and she’s infinitely smarter.)

Alas, smarts has little to do with reading the news, as the last guy, Peter Mansbingo, the CBC’s million-dollar man, proved for 40 years.