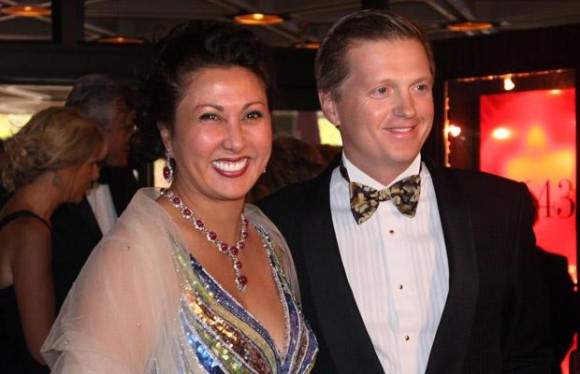 More tribulations for my compadres Sean and Jamilah Murray (Franks passim), as years of official and mainstream media incuriosity vis-à-vis the origins of their $1.3-billion fortune abruptly ended last week.

In 2011, they wrote the RCMP, FINTRAC and the PMO, preposterously alleging that some of the Guv’s ill-gotten lolly had sloshed through the family holdings in Canada. The response? Crickets.

Ditto the non-satirical press. The Globe and Mail, CBC and Toronto Star all nibbled at the story, but failed to publish a word. Sternly-worded letters from Sean and Jamilah’s legalist Bruce Carr-Harris, may have aided their discretion.

This, week, though, Ontario Superior Court Justice Frederick Myers unsealed the BMF’s application for a Norwich order, demanding production of Sakto-related financial records from Royal Bank of Canada, TD Bank, Manulife Financial and Deloitte and Touche, in aid of a possible private prosecution for money laundering.

“If the plaintiffs’ evidence is correct, there may be very significant criminal misconduct being committed here in aid of corrupt foreign official(s),” quoth Judge Fred, waking Bloomberg News and the Globe from their naps.

BMF executive director Lukas Straumann dropped a brick of an affidavit (86 pages, plus 2500 of exhibits) in aid of the application, submitted by legalists Lincoln Caylor and Maureen Ward (Bennett Jones LLP):

“Taib is a foreign official who was completely in charge of the state of Sarawak and responsible for all of the timber contracts and concessions. He provided such concessions to companies related to himself and his family. His corruption has been widely acknowledged and studied and is apparent on its face…

“Jamilah, her husband and related companies have amassed an enormous real estate portfolio and such multi-million dollar purchases commenced when she was just 23 years old with no apparent independent source of wealth other than her father / Taib family…

“Sakto, based in Ottawa and operated by Jamilah and her husband, for at least the time from 1983 to 1993, operated at constant losses. Despite these constant losses, Sakto’s assets grew significantly as a result of the influx of at least CAD$28.8 millions of dollars-worth of ‘shareholder loans’. These shareholder loans are strongly suspected to have been funded by Taib and his family members, as Sean
Murray, president of Sakto, and Jamilah’s husband, has admitted that the shareholders were Jamilah and three of her family members, including [Jamilah’s Uncle] Onn. The loans were interest free and as at [sic] 1993 none of them were repaid nor were any repayment terms established as at that time. It is the influx of capital that I believe is the proceeds of Taib’s corruption.”