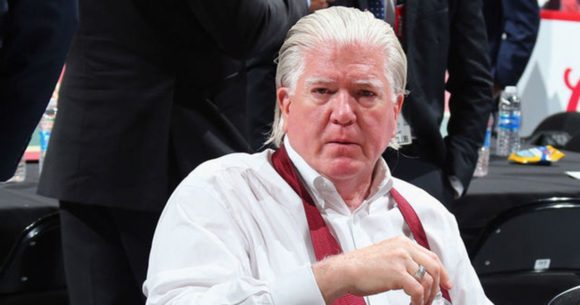 The criminal allegation, according to Tiger’s legalist, Michael Lacy, is that Williams “inappropriately touched the complainant over clothing on the buttocks. Tiger denies any wrongdoing and is confident he will be vindicated.” 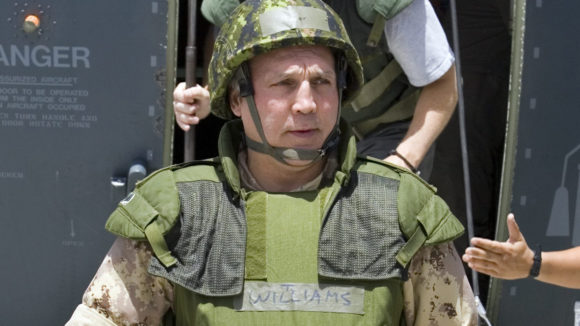 Put a Tiger in your (drunk) tank

And so say all of us! The entertain-the-troops shitshow at 35,000-ft, now has DND reviewing its alcohol policies, including the cherished tradition of BYOB, as Postmedia defence hack David Pugliese reported:

“One passenger boarded with a 40-ounce bottle of alcohol. Two individuals urinated themselves, forcing flight attendants to remove wet seat cushions and place them in black plastic bags, setting them aside for cleaning once the aircraft returned to 8 Wing in Trenton, Ont.”

DND won’t identify other VIPs on the flight and are volunteering no names for these shames, but Frank leakers confirm, unsurprisingly, that one of the seat-wetters was indeed Tiger.  He was already moist and garrulous when he boarded the plane in Ottawa and his ass grab allegedly included an invitation to sit on his lap.

And yellow card #2? Step forward, Calgary Flames president of hockey operations Brian Burke, proud owner of that 40-pounder of Johnnie Walker Red–most of which he consumed in record time, then passed out and pissed himself. Imagine the embarrassment to the Flames and owner/teetotaller N. Murray Edwards if this ever gets out!

The rebarbative Burke, a noted bon vivant and stickman, has oft tripped over his own raging Zamboni. Who could forget the night the keen internationalist invited himself to the Blue Jays’ owners’ box (and bar), and began regaling guests about the merits of Asian hookers?

None of this has been well received by crusading Chief of Defence Staff Jon Vance, whose office organized the debacle. How could Gen. Vance, who has vowed to tame the heterosexualist excesses of the Canadian Forces, ever have foreseen the need to protect his soldiers from the attentions of horndog civilians? 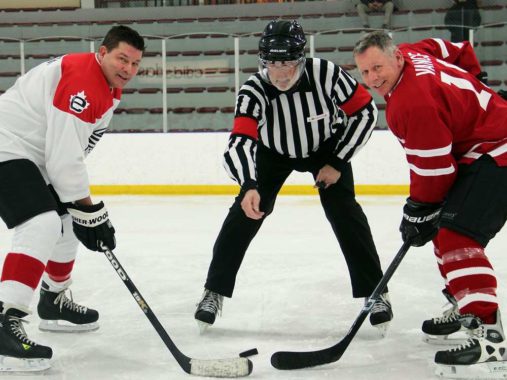 The good general, an avid hockey fan, was a last-minute scratch from the ill-fated flight, but he got a full debriefing from Louise Des Roches, his chief of protocol and public relations operations, who was responsible for celeb-wrangling on the plane.

Reports that Louise, a hockey enthusiast and oenophile, was herself in no condition to put a damper on the inflight festivities are ludicrous in the extreme, and do not bear repeating in a family magazine.