Roberto Osuna: From Shit to Sinaloa 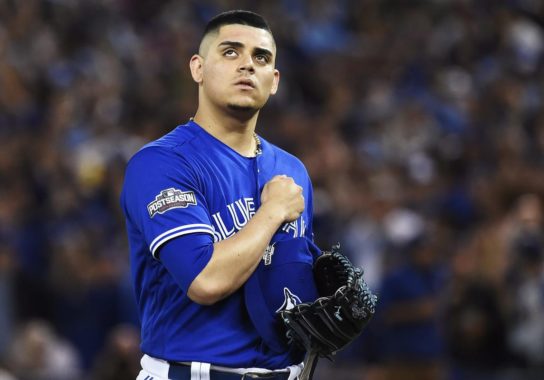 The Toronto Blue Jays’ star reliever was arrested May 7 and charged by Toronto flatfeet with assaulting a woman.

A cone of silence soon descended on the case, as Toronto police and the courts went full Mueller jacket in order to protect the victim’s identity.

But sooner or later, high stakes celebrity cases like Osuna’s spring a leak, and now comes word that a panic-stricken Osuna has already fired his lawyer, Frank Addario. 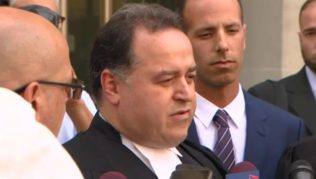 The move is a headscratcher, since Addario is one of the top defence counsel in the country, renowned for his courtroom abilities and knack for sharp-elbowed effectiveness with Crowns.

Osuna’s new mouthpiece is Domenic Basile, a former prosecutor who left the Crown’s office some years ago, amid dubious circumstances.

Basile was one of the prosecutors in the case against Frank D’Angelo, re charges that the eminent thespian had sexually assaulted the much younger daughter of a business associate.

After his acquittal in ‘09, D’Angelo celebrated at Forget About It, his King St. West beanery, along with OPP Sgt. Mike Rutigliano, Crown Attorney Richard Bennett and one Domenic Basile (for it is he.)

A few weeks later, D’Angelo and Rutigliano were arrested for conspiring to obstruct justice in the sex assault case.

Basile’s attendance at the piss-up did not sit well with his bosses at the Ministry of the Attorney General and he and Bennett were pulled off prosecutorial duties. Basile was later named in court documents as an “unindicted co-conspirator.”

As one longtime legalist told Frank, “Hanging around with the ‘wrong people’ is as dangerous as anything a Crown can do. It’s a squeaky clean world and he showed serious misjudgment at the very least.”

Why the 23-year-old Osuna would dump Addario in favour of a headline hustler like Basile is a real poser. Perhaps he was impressed by Basile’s defence of Sandro Lisi, the former Rob Ford bumboy, in 2015.

Or maybe it was just a matter of Osuna being charmed by a fast talker. It happens to clients all the time. Consider Harry Kopyto and Angie Codina, Toronto legalists who made careers out of convincing clients they were being screwed by the system. Their clients often got convicted, but they received what’s known as “a good show” along the way. (In the late eighties, Kopyto was found in contempt of court for saying publicly that the courts and the RCMP are “stuck together like crazy glue”. Harry appealed and ducked the charges, but in 1989 he was disbarred for fraudulently billing Ontario Legal Aid for $150,000 and he resigned himself to working as a paralegal, a profession that at the time was not regulated.) 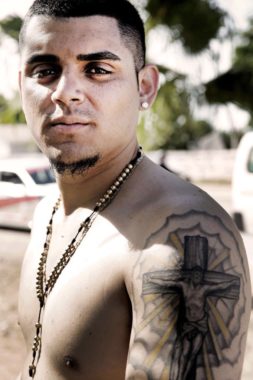 Now where was I? Oh, right, with Addario at the wheel, Osuna’s case might have been quietly steered into a sensible plea bargain. Now it’s likely to become Basile’s own grandstanding exercise.

But it won’t be easy. In Ontario, domestic accusers who try to retract have little chance of stopping the rolling train. The Crown will use police statements by the complainant to forge ahead.

That’s bad news for Roberto, who didn’t give his girlfriend a love tap. He used her to mop the floor, so forget about any peace bond and hunker down for trial next year and Osuna’s continued suspension.

Almost certainly he’ll never pitch again for the Jays. A conviction would leave him with a criminal record, and travel to the US impossible.

And even if he beats the rap, in the #MeToo climate, his future looks sketchy.

He could well be a pariah like Luke Heimlich, one of the top three pitchers in last year’s major league draft.

Heimlich again went undrafted this year for one reason: a conviction when he was 16 for sexually messing with his six-year-old niece.

Heimlich has protested his innocence, saying he only pleaded guilty to keep peace in the family.

As PAC 10 pitcher of the year with Oregon State, with a record of 15-1, he could make any major league roster.

But what team would touch him?

So it’s small wonder Osuna’s swinging for the downs at trial. He’s a mega-million dollar baby with big paydays in his future.

If he gets convicted, he’ll be back in Mexico, broke and busted, playing the beer leagues and hanging out on the sun-baked streets of his home town of Sinaloa; drug gang central, where El Chapo was busted in 2016.

One comment on “Roberto Osuna: From Shit to Sinaloa”