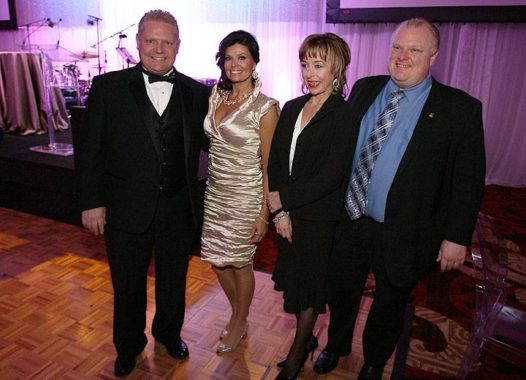 Rob Ford never took drugs. Doug Ford never sold drugs. To be a Ford, while awesome, is to live in an endless churn of calumny and character assassination. Et tu, Renata?

“Renata’s lawyers have been clear to us throughout this campaign, that either we hand over money, or they would go public with these false claims, and that is exactly what they have done, with three days to go until the election,” quoth the Dougster. He was responding to a $16M+ legal claim, scurrilously repeated in the hated Toronto Star, that he’s bilked the Widow RoFo and her kids out of their inheritance, while he and brother Randy have piloted the family’s Deco Labels empire into the rocks and “plundered” the estate of Doug Sr. to make up the difference.

Respect for the dignity of the office Doug seeks required him to outsource to fambly matriarch Diane Ford a separate statement denouncing Renata not only as a liar, but a drunk, possibly a druggy liar:

“It is heartbreaking that Renata has chosen to bring forward these false and baseless allegations against our family, right in the middle of the provincial election campaign…Renata has serious struggles with addiction, and our hope is that she will accept help for the sake of herself and my grandchildren.”

The timing of Renata’s lawsuit was almost certainly calculated to hit Premier Snake-Eyes where it hurts, but her choice of legal counsel speaks to something more than your average hustings shakedown; she’s backed by coruscating Aird & Berlis partners Don Jack (last seen in Eleanor McCain‘s hair-puller with Jeff Melanson) and Martin Henderson. 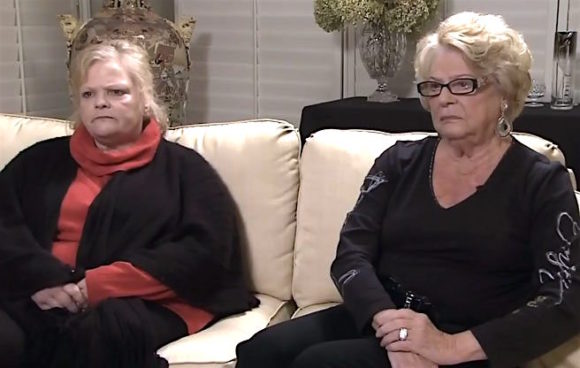 None of Renata’s lurid accusations has been tested in a court, a process which will no doubt involve a deep, litigious dive not only into the last will and testament of the sainted Robert Bruce Ford (1969-2016), but that of paterfamilias Douglas the Elder, who joined the choir invisible in 2006.

A copy of the old man’s will obtained by Frank (don’t ask) shows that Doug Sr., under no illusions about his fractious, acquisitive impulsive brood, jointly appointed Diane, Randy, Doug and Robbie trustees of his state — but added an extra veto for the wife:

“I DIRECT that my Trustees may act by majority vote and any decision of the majority of my Trustees shall prevail and be binding on a Trustee that dissents or abstains and all persons interested in or having any dealings with my Trustees, PROVIDED that while my said wife is acting as a Trustee hereof, such majority shall include my said wife.”

Where’s sister Kathy in all this? As far from the money as possible. The Ford first-born’s misadventures in chemistry and the criminal justice system, while comparable to younger brother Randy’s, have long excused her from involvement in family decisions.

As readers might recall, one of many low points for Kathy and her equally fried hubby Scott MacIntyre was their ’03 arrest for hustling drug money by breaking into pay phones with a pry bar and a knife. That was a couple of years before Scotty accidentally shot Kathy in the head, and a few before Kathy was busted trying to steal toothbrushes from Zeller’s.

But Doug Sr., while divvying up the family business among his sons, did not forget kooky Kathy, setting aside a $1-million trust fund “for the comfortable maintenance and benefit of my daughter during her lifetime.”

The nest egg, maintained with the utmost care and diligence by Mom and the sibs, is to remain out of Kathy’s reach for 21 years past Doug Sr.’s death, so 2027. At this point Kath will be 66, and no doubt delighted to discover the prudent stewardship by brother Doug and the gang has her facing her golden years in plenty, with all the toothbrushes she could ever need.

How, pace Renata, could it ever be otherwise?