What gives with Don Meredith?

Senators are supposed to be on their best behaviour these days, waiting for the Auditor-General to finish sifting through their accounts and sock drawers in search of misspent tax boodle.

But even as his senate colleagues cower in their offices, anticipating the end of days, the swaggering senator from Toronto has been living la vida loca.

As the CBC reported last week, Dandy Don was the fourth highest spending Tory senator on travel last fall. That’s quite a feat, given that it’s such a short hop between Toronto and the nation’s capital. 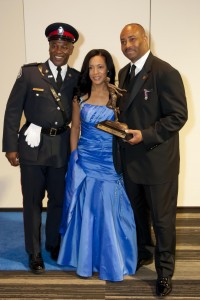 But Meredith takes business class between the two cities, costing taxpayers up to $1,000/ticket more than if he flew economy. He doubles his pleasure – and the bill – by taking his wife, Michelle, along.

And, of course, he flies in style, dressed in bespoke suits, carefully coiffed and manicured, shoes trés buffed.

“I try to have swag,” Meredith told the Ottawa Petfinder in 2012. “People have told me I have presence and flair.” 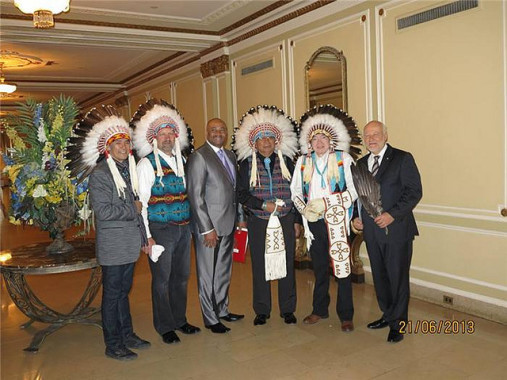 The Tories sure seem to think so. Back in 2007, the party was scouting for a candidate to run in the by-election for Bill Graham’s seat in Toronto Centre.

Warner proved too socially pink for the Tories

They had the ideal candidate of substance in Mark Warner, a native of Trinidad Tobago with intellectual heft; a trade lawyer with a Masters in economics.

Alas, Warner proved to be too socially pink for the Tories–and insufficiently deferential to party HQ. He was forced to waddle the plank.

Against Bob Rae in an urban riding like Toronto Centre, Meredith was, at best, a no-hoper. But he didn’t help his cause by telling voters that people got bedbugs because they had poor personal hygiene.

He followed that up with the comment that sexual orientation was a simple matter of choice (this in the largest LGBT pansy patch in the country.)

In the by-election, he received only 12.5% of the vote, finishing even behind the Green candidate.

But the Tories know a winner when they see one, even if electors don’t, and Don hopped aboard the senate gravy train in December 2010. 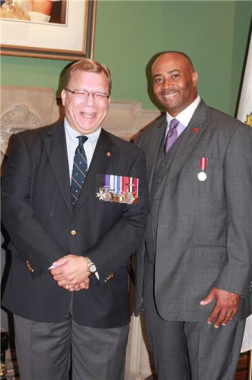 Meredith suffers from the same disease that befell Wallin and Duffy

Alas, a mere three years in, he’s suffering from a familiar malady, one that also befell Pam Wallin and Mike Duffy. It’s called senate disease and symptoms include delusions of grandeur, swollen ego, self-absorption and, worst of all, an obsession with honorifics (he styles himself the Hon. Dr. Don Meredith, Senator).

It wasn’t always that way. When he came to Canada from Jamaica in the early eighties, Dandy was an easy-going kid; a soccer playing ‘teen, who went to high school and then “attended” Ryerson Polytechnical Institute.

That’s what it says in his Wiki entry. In his Parliament of Canada website, however, there’s a different version of his time at Ryerson: “He completed several years of business and information technology studies.” 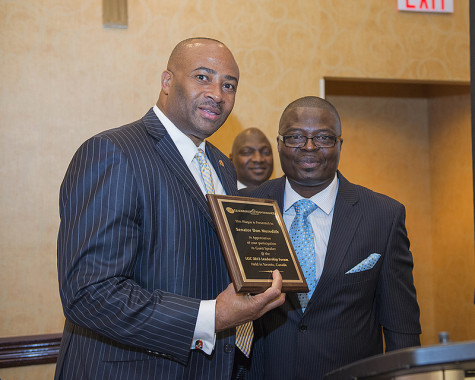 In any event, he certainly didn’t graduate, but still went on to establish Donscape Landscaping, a successful—you guessed it!—landscaping business.

But his failure to finish at Ryerson apparently haunted Dandy over the years, and he has become obsessed with collecting honorary degrees and dubious achievement awards.

Take, for example, the claim in his thickly padded resumé that he “holds a master’s degree from California State Christian University.”

Curiously, calls to the 800 number on the school’s website get “hardwarebundler.com”, a company in Orlando, Fla., (“press ‘2’ for technical support.”)

Another number for California State Christian University, this version on Wilshire Blvd. in L. A., got a chiropractor’s office with the phone message, “If it’s an emergency, call 911.”

(Note: CSCU might well exist. We just couldn’t find it.)

Dandy’s resumé also includes an “honorary doctor of divinity” degree from the Canadian Christian Clinical Counselors Association. No website for the CCCCA could be found.

Last August, it was announced that “Senator Dr. Don Meredith” had been appointed governor of something called New Westminster College, which has its campus located in suite 404, at 999 Canada Place, Vancouver. 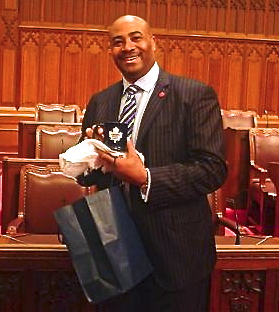 *Professor of Leadership and Member of the European and International Advisory Board of Continental University (2013);

All these impeccable qualifications don’t come cheap. At age 49, Dandy has 26 years remaining in the senate – before he starts collecting his annual pension of $164,920!