To The One Eighty, high atop the Manulife Centre, for Sanjay Singhal’s fiftieth birthday pissup Sept. 12, with a who’s who (‘who dat,’ shurely?!—ed.) of Hogtown’s young South Asian tigers.

The theme for the Audiobooks.com CEO’s big bash is ‘Studio 54,’ and, certain partygoers, judging by their assiduous nose-powdering in the lavatories, are shooting for maximum disco inferno authenticity.

Pooja, readers may recall, gave The Wedding Ring Magazine the scoop on their courtship, from a chance meeting at the Spoke Club to their exorbitant 2013 wedding for 700 of their nearest and dearest, complete with coach and horses:

“Paul and I agreed to write one another a letter to open on the morning of the wedding. We weren’t able to speak to one another in the lead up and wanted to have something to commemorate the occasion. I ended up reading the letter aloud and it nearly brought tears to my eyes. Our videographers managed to capture it on video and included it in our same day edit.” Nailed it in one take!

But I digress. Paulie retires to the little boys’ room, and before Frank can move in and reacquaint with the delightful Pooja, another opportunist has pipped me at the post.

Before he met Pooja, Pathak and Chopra were brothers in arms; consummate Night at the Roxbury club lizards. Chopra stalwartly wing-manned Pathak’s frequent attempts to lure likely legovers to his waterfront lair. 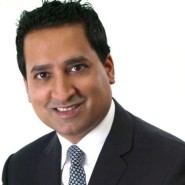 But no more, it seems. Pathak returns from his business in the loo, spots Chopra deep in colloquy with Pooj’, and charges straight for them, fair snorting with rage: “Stay away from my wife!”

A round of pushy-pushy ensues, and Pathak slaps Chopra, who lands a shot of his own. The would-be Poojalists are separated and packed off home before their donnybrook can escalate.

What it all that about? Answer comes there none, but Frank is reminded of accident-prone Chopra’s similarly inconclusive welterweight bout with Chris “Son of” Collenette at a Liberal Canada Day pissup in 2001. Collenette threw a rye and Coke, Chopra a right, and both moist and garrulous ministerial minions, adversaries in the party’s Martin-Crouton schism, were 86ed by security (Frank 355). Can’t we all just get along with Chopra?

Frank can only urge Pathak caution vis-a-vis any further hostilities, as Chopra is still basking in his recent win at the bargaining table as negotiator for the Container Trucking Association of Ontario.

The box jocks got their first rate hike in over a decade and these days the fast-talking fabulist can credibly claim to have some 1500 militant truckers in his corner.

Cash, gas or ass; nobody rides for free!