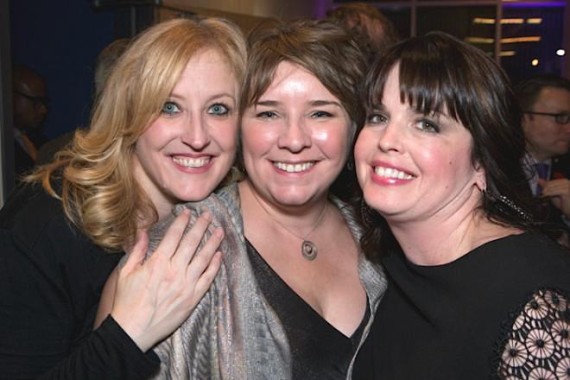 Much hilarity among Jacquie LaRocque’s fellow lobby lizards at her protestations, upon leaving Ensight Canada to set up her own boutique weasel farm, that she’s a ‘post-partisan,’ all about the policy, woof, woof, quack, quack.

Jacquie, after all, built her Rolodex as ministerial fartcatcher to Jim Peterson in the Crouton-Martin era, leaping into the lobby biz only after the Harperians at the gate cancelled her meal ticket. It was at this precise moment she dropped her Liberal acquaintances and discovered the uses of post-partisanship.

She quickly became besties with Lisa Raitt, organizing girls’ outings to the spa and other capers. Their friendship only intensified after Ted Menzies retired from politics to spend more time lobbying politicians himself. Ted and his wife Sandy had often been seen double-dating with LaRoque and her expense account.

Alas, back at Ensight, Jacquie’s post-partisan charms went tragically under-appreciated, not only by Tory den mother Jaime Watt, but by an endless rotation of junior lobbyists, who cycled in and then rapidly out of the office after tiring of LaRocque.

Ditto NDP hackette Anne McGrath, who climbed aboard at Ensight in 2012, but pulled the chute within a year.

So few were surprised at the announcement, in the last weeks of the running of the reptiles, that Ensight and LaRocque would be parting ways. Watt, it was rumoured, is having trouble attracting Liberal talent (he’s recently reshuffled Queen’s Park bumboy Greg MacNeil and a couple others from Toronto to fill the yawning gap).

Jacquie, meanwhile, had post-partisan acquaintances to renew with countless Liberals and no more need of Conservative backup. Still, she insists, it’s about what you know, not who you blow:

“I don’t think there’s a lot of room for those token big names that you put out there in the window,” she told the Globe and Minion. “It has to be based on the policy itself, and the value of it, and what it brings. I really believe that this win-win-win concept is what will make policy-makers take up the ideas that I bring forward. It’s not whether I’m a Liberal.”

Those big names still have their uses, bien sur, and the website of her new boutique lobby shop, Compass Rose, features a page of rave reviews of LaRoque’s arse-creeping prowess (public policy expertise shurely?!—ed.) from the likes of galpal Raitt, onetime boss Peterson, ex-DM Rob Fonberg, pollster Nik Nanos, and on and on.

And right up top, the crowning braunnose: “Jacquie is respected by lawmakers of all parties because she provides valuable insight and solid advice on complex issues.”

All part of Doing Politics DifferentlyTM here in post-partisan Ottawa.

Frank Update: Within hours of this story’s publication online Dec. 2, the testimonials from Brison and Raitt disappeared from Compass Rose’s website. Pip, pip!

One comment on “Liberal cabinet minister endorses lobbyist. Get a piece of LaRocque, sez Scott Brison”